How To Use Featured Images In WordPress 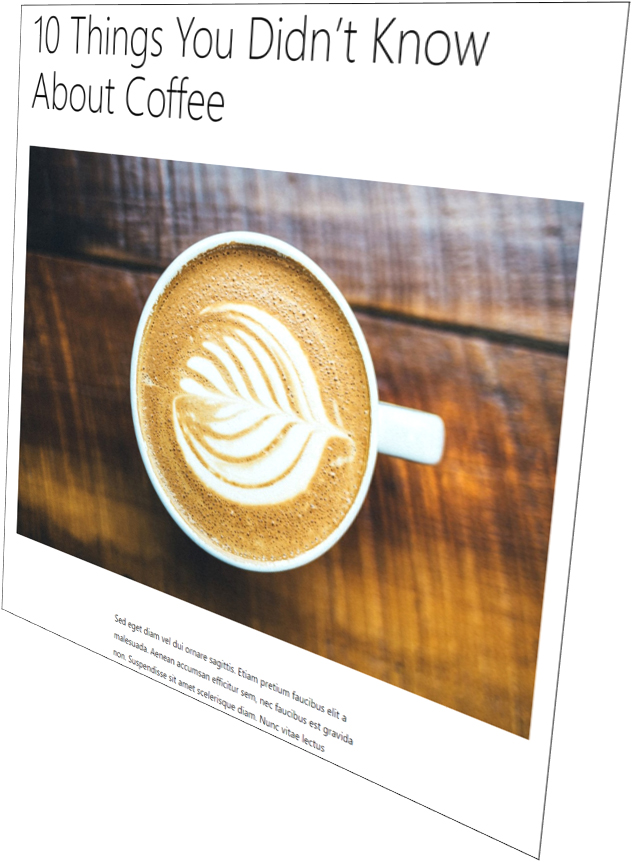 This tutorial explains how to use featured images in WordPress and covers the following:

See these tutorials for additional information:

What Is A Featured Image?

A Featured Image (previously known as a “Post Thumbnail”) is an image that you choose to represent your Posts, Pages, or Custom Post Types.

Featured images can be used to make your posts and pages look more attractive and enticing to your readers and increase the visual appeal of your site and your content.

WordPress themes with “magazine-type” layouts, for example, tend to use featured images prominently. With some themes, featured images may display only on the home page as post thumbnails, or only on the header section of single posts and pages and alongside post excerpts.

You can find free WordPress themes that use featured images by searching for themes in the free WordPress Theme directory or the ‘Add Themes’ screen in your dashboard with the “Featured Images” search filter enabled.

Your WordPress theme controls whether featured images display on your posts, pages, and custom post types or not, so make sure that the theme(s) you choose support using featured images.

If you plan to use a theme that doesn’t automatically support using featured images, you may need to ask a WordPress developer to customize your theme templates.

How To Set A Featured Image For Your Posts

If you need help creating or editing posts or pages, see these tutorials:

To add a featured image to your post, make sure that the Featured Image box in the sidebar of your Edit Posts screen is visible.

If you cannot see the Featured Image box in your Edit Post screen, click on the Screen Options tab at the top of your screen.

Make sure that the checkbox next to Featured Image in the Screen elements section is ticked.

This will open the Featured Image screen.

The image you have selected will be added to your post as a featured image.

This will open the Add Media screen in your Media Library.

Click on the Featured Image link in the Add media menu.

Your selected image will be set as the featured image of your post (or page).

Adding a featured image in the Block Editor follows a similar process.

If you can’t see the Featured Image box in the sidebar of your block editor, check that this option is enabled in your Block Options menu (the vertical ellipsis) > Preferences > Panels > Document settings section.

This brings up the Featured image screen

This will add the selected image to your post as a featured image.

Save and publish your post (or page) and visit your post to view the featured image you have specified and make sure that it is displaying correctly.

To replace a featured image in a post or page, do the following:

If using the WordPress Classic Editor, click on the image in the Featured image box, select a new image from the Media Library, and add it to your post or page using the methods described earlier in this tutorial.

If using the WordPress Block Editor, click on the ‘Replace Image’ in the Featured image section and follow the same process as described above.

If you need to resize, crop, or adjust your featured image, refer to this tutorial: How To Edit WordPress Media Library Images

Removing a featured image from a post or page works in the same way regardless of the content editor you are using.

The featured image should continue to display on your post or page even if you change the active WordPress theme on your site if the new theme supports using featured images.

As mentioned earlier, your WordPress theme controls how featured images display on your site.

Some themes, use featured images to make posts stand out on the home page…

To learn where to find quality free and premium WordPress themes, see this tutorial: Where To Find WordPress Themes

You can also use plugins to enhance the use of featured images and add new features and functions to your site, such as:

You can search for feature image-enhancing plugins inside your WordPress dashboard (Plugins > Add New), or by visiting the free WordPress Plugin Directory.

Congratulations! Now you know how to use featured images on your WordPress site.

We use cookies on our website to give you the most relevant experience by remembering your preferences and repeat visits. By clicking “Accept”, you consent to the use of ALL the cookies.
Do not sell my personal information.
Cookie SettingsAccept
Manage consent

This website uses cookies to improve your experience while you navigate through the website. Out of these, the cookies that are categorized as necessary are stored on your browser as they are essential for the working of basic functionalities of the website. We also use third-party cookies that help us analyze and understand how you use this website. These cookies will be stored in your browser only with your consent. You also have the option to opt-out of these cookies. But opting out of some of these cookies may affect your browsing experience.
Necessary Always Enabled
Necessary cookies are absolutely essential for the website to function properly. These cookies ensure basic functionalities and security features of the website, anonymously.
Functional
Functional cookies help to perform certain functionalities like sharing the content of the website on social media platforms, collect feedbacks, and other third-party features.
Performance
Performance cookies are used to understand and analyze the key performance indexes of the website which helps in delivering a better user experience for the visitors.
Analytics
Analytical cookies are used to understand how visitors interact with the website. These cookies help provide information on metrics the number of visitors, bounce rate, traffic source, etc.
Advertisement
Advertisement cookies are used to provide visitors with relevant ads and marketing campaigns. These cookies track visitors across websites and collect information to provide customized ads.
Others
Other uncategorized cookies are those that are being analyzed and have not been classified into a category as yet.
SAVE & ACCEPT